Should You Fire Your “Yes Men”

share on:FacebookTwitter Google +
I once read of an MD who called his executives to a meeting. When he finished talking about the next move he was considering for the company, he asked if they had contributions, no one said anything. What of disagreement in any area of what he presented, none. All looks perfect they replied. He called them hypocrites and sent them all out. He then called the HR consultancy firm that hires for him, told them to find and hire someone who will find fault with his latest business ideas. ‘I need a different kind of staff from all I have now’ he added. A king did something similar in the Bible(1kgs 22:7). He actually asked for a dissenting voice. The resident king did not like the only dissenting voice among the prophets in his kingdom. However, his visiting counterpart, obviously a wiser leader, advised him to send for the man. A quote from Steve Jobs “Here’s to the crazy ones, the misfits, the rebels, the troublemakers, the round pegs in the square holes… the ones who see things differently — they’re not fond of rules… You can quote them, disagree with them, glorify or vilify them, but the only thing you can’t do is ignore them, because they change things… they push the human race forward, and while some may see them as the crazy ones, we see genius, because the ones who are crazy enough to think that they can change the world, are the ones who do’’. Making bad decisions is all part of being a leader. But one way to avoid them might be firing your “yes men.” Noreena Hertz writes in the Harvard Business Review. She says that every Chief Executive Officer needs a Challenger In Chief (CIF), or someone who voices dissent. Having access to several opinions, she says, might improve group-think, lessen bias, and help executives find smarter solutions. “When group members are actively encouraged to openly express divergent opinions they not only share more information, they consider it more systematically and in a more balanced and less biased way,” she writes. “When people engage with those with different opinions and views from their own they become much more capable of properly interrogating critical assumptions and identifying creative alternatives.” Hertz references a study by Small Group Research, which found that decision-making groups (think the board of directors) are biased by design. As a result, groups comprised of people with different opinions speak up, which leads to better decisions. Most leaders, however, will not encourage this, especially at work. At Lehman Brothers, for example, there was an unspoken rule: Voice dissent and you’re going to get fired. Before Lehman’s demise, the board of directors and management were so agreeable no one dared to say their decisions were leading them right into the financial crisis. One leader famous for embracing dissent was President Abraham Lincoln. He constantly met with a “team of rivals,” who helped guide his decisions through intellectual debate. Eric Schmidt, Google’s executive chairman, is also known for hiring workers who disagree. Leaders are just like everyone else. When they’re stressed, they depend on stereotypes, and if their blood sugar drops, they make poorer financial decisions. If they don’t get enough sleep, their brains behave as if they are drunk. A “Challenger in Chief” might stave off bad decisions, save your company from ruin, or help the country. But more than anything, it will make you a great leader. I read this write up many years ago when I was really trying to understand why I think the way I do-very analytical, which usually makes me see what is not easily apparent to others on an issue. After reading it and also realizing that people usually come round to where I was through growth or deep thought process which usually leads to better understanding, I not only stopped beating myself up when I have a divergent view, I also accepted my deeper level of thinking and wait for people to come round. Increasingly ‘Yes Men’ are outnumbering Dissenting Voices so much so that the latter are becoming misfits. You can even add enigma to their description. As written above, Lehman Brothers would probably still be around if divergent views on issues and decisions without fear or favor were allowed. A fear laden culture stifles peoples creativity and silences or even sends great minds away, from the shop floor to the boardroom, corporate world to the structure called Church, and from the field to family settings. Are you a leader, do you have one person with divergent views on your team, celebrate that person and listen up. You don’t have to abandon others views nor fire your ‘yes men’ as Noreena suggests, that might be extreme. Just listen and incorporate what this supposedly different person is saying into your decision making. It/they may be the voice(s) that will save your shop or steer you the leader away from the gallery.
Tags:#chairman#ChiefExecutiveOfficer#dissent#divergent#fire#gallery#Opinions
previous article
Erase Wrinkles With The Best Foundation
next article
Form That Habit 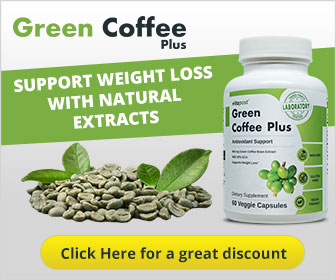 Earn Money Online. Get some Training Before You Start for Success